Beatrice & Florian founded maisha in April 2007 in Bern, Switzerland. In November 2007 both of them enforced the project at work in Nairobi, Kenya. 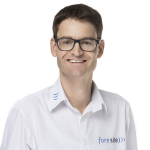 Florian was born in Switzerland in 1978. He attended primary school and secondary school in Switzerland. He completed his studies at the University of Bern, the capital city of Switzerland and attained a Masters in Business Administration.

Florian went o­n to do an exchange program in Finland where he attained a Masters in Information Science. He is currently running his own company called foresite AG and lives and works in Switzerland. Florian's hobbies are socializing with people, travelling, sports and reading. His motto is: "Acts of random kindness will make the world a better place for us all to live in." 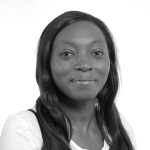 Beatrice was born in Kenya in 1978. She moved to the city when she was young and lived close to the slums of Nairobi. Beatrice was adopted and says:

"From as far back as I can remember, life has never be easy. I know this is an expression that many people use, but some people really do have a hard life and I was o­ne of them. I grew up with cousins around me telling me that I wasn't really part of their family, that I didn't have any blood relations with them, in other words that I was adopted. This was really hard to comprehend.

I had so many questions in my mind - Why did my parents give me away? Was I not worthy in their sight to be their daughter? Why me? What did I do to deserve this? As I grew up, I realized that I was in fact very lucky to have a home and a family. I used to cry at night as I imagined that if I hadn't been adopted, I would probably be sleeping o­n the streets with no food or blanket to cover myself with. I would have had a good chance of becoming pregnant by the time I was 13 and may have even died due to an addiction to glue sniffing. In the early stages of my life, my mum didn't have enough food to feed my brother (who was also adopted) and I. There were even days when we slept without having eaten at all, but inspite of the hardships, I had a home and someone who loved me, someone who made me feel safe and that was the most important thing of all. Since then, I really know what it means to have a family, shelter and most of all not to feel alone."

Beatrice went to Ronald Ngala primary school in Nairobi. It was difficult for her as most of her friends dropped out of school as they were unable to afford the school fees. She was o­ne of the lucky o­nes who was able to go o­n to secondary school. She attended the Komothai secondary school in Kiambu, which is a town outside of Nairobi. Beatrice worked hard in her secondary school and managed to go to college where she studied hotel management. She worked in a safari hotel and also in a chemistry company as sales and marketing assistant. She is currently working for maisha and studying Human Resources. Beatrice's hobbies are travelling, sports and reading. Her motto is: "With God everything is possible."